As a hunter, you'll take on quests to hunt monsters in a variety of habitats.
Take down these monsters and receive materials that you can use to create stronger weapons and armor in order to hunt even more dangerous monsters.

In Monster Hunter: World, the latest installment in the series, you can enjoy the ultimate hunting experience, using everything at your disposal to hunt monsters in a new world teeming with surprises and excitement.

Once every decade, elder dragons trek across the sea to travel to the land known as the New World in a migration referred to as the Elder Crossing.

To get to the bottom of this mysterious phenomenon, the Guild has formed the Research Commission, dispatching them in large fleets to the New World.

As the Commission sends its Fifth Fleet in pursuit of the colossal elder dragon known as Zorah Magdaros, one hunter is about to embark on a journey grander than anything they could have ever imagined.

A World That Breathes Life

There are various locations teeming with wildlife. Expeditions into these locales are bound to turn up interesting discoveries.

A Diverse Arsenal, and an Indispensable Partner

Your equipment will give you the power to need to carve out a place for yourself in the New World. 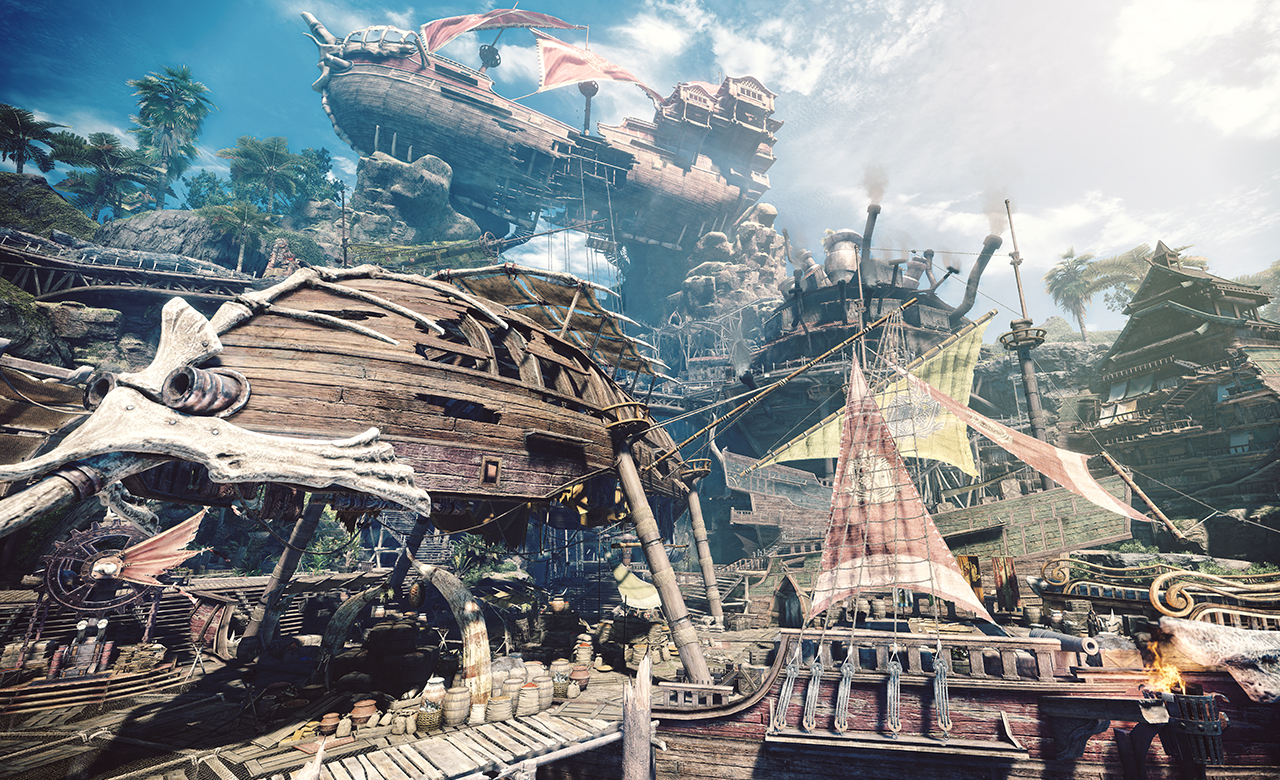 The Research Commission's base of operations, where hunters, researchers, and technicians have all gathered.

Check out the latest information here!